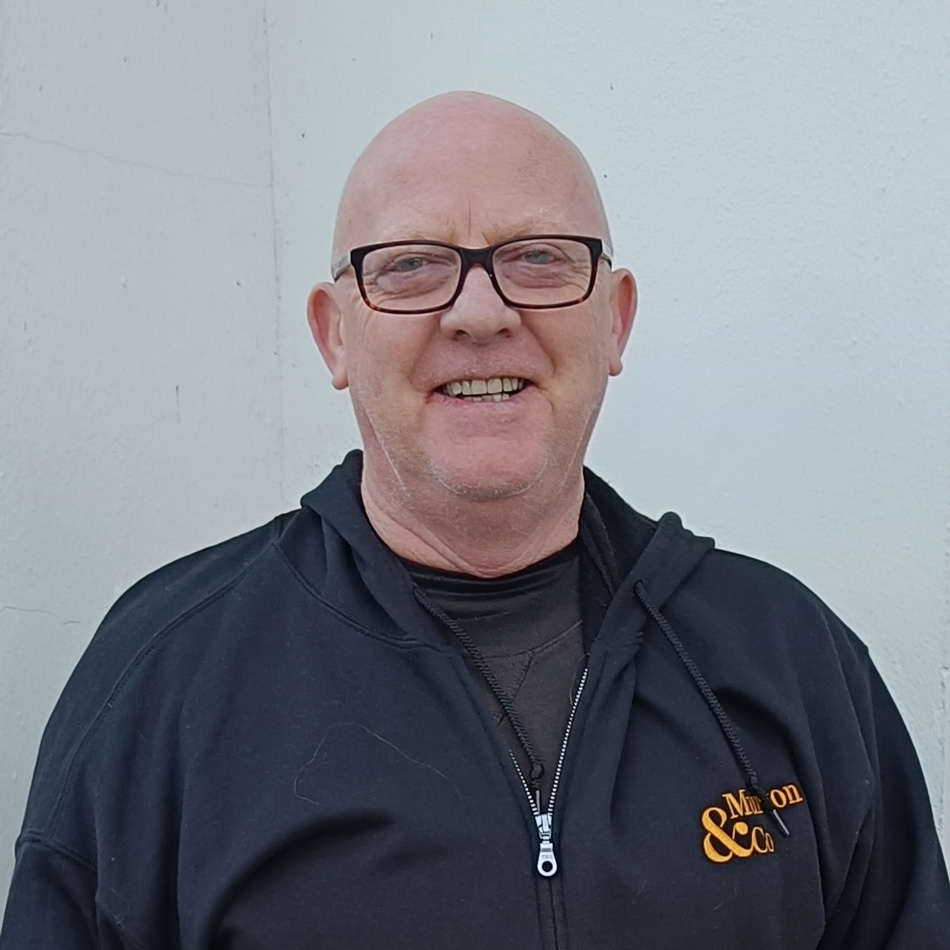 Mark is in the final stage of his training with Murton & Co as a commercial energy assessor. He explains how learning on the job has fast-tracked him into a busy and rewarding new career.

How did you start working in the energy efficiency sector?

“I used to be a telecoms engineer in fibre optics, then 10 years ago – after a stint running a bar in Tenerife – I decided to retrain as a domestic energy assessor as I wanted a job that was less physically demanding, and where I could use my brain. I worked on the Green Deal – a government scheme that gave out loans to finance energy-efficient home improvements where I taught people about the benefits of getting the loan, which was designed to be paid back through savings on their energy bills. After a while I realised that I could make more money doing it than teaching it, so I then worked as an assessor for a few different companies on various eco-schemes, mainly around the north-west. When the Eco 4 scheme launched – targeting low income and vulnerable households – it quickly became obvious that it wasn’t fit for purpose as consumers found it so hard to qualify for funding. It’s still not much easier for homeowners to make the necessary improvements; I was at a conference recently where a government minister simply shrugged his shoulders and couldn’t explain why that was.”

How did you make your recent career change?

“I realised that the commercial assessment sector is more stable because, unlike the domestic sector, you’re not working within a government scheme that’s dependent on funding. Murton & Co were advertising for commercial energy assessors, so I applied online, immediately struck up a rapport with director Jonny Murton, and began working for the company at the beginning of November. A month later, I did Elmhurst Energy’s online training course, and now I’m working to compile a portfolio which I’ll be submitting to Elmhurst for them to mark. I’m hoping to do this before the end of January – and to have passed with flying colours! I will then be a qualified Non-Domestic Energy Assessor, able to register Energy Performance Assessments (EPC) on existing Level 3 and Level 4 complex buildings as well as assessing new builds for compliance with Part L of the Building Regulations. The course requires a portfolio of five buildings to be assessed, including two existing buildings, which I have surveyed and assessed, and three new-builds where Elmhurst provide the plans and specifications. I have surveyed more than 20 buildings with Jonny since I started in November, so already have plenty to choose from for my portfolio. I have also gained a lot of on-the-job experience.”

What does the work involve?

“A domestic assessment is about the property’s energy efficiency, focusing on the cost of energy, which produces recommendations for further improvements and is really all about saving money for the householder. However, a commercial assessment is about reducing carbon emissions so the EPC rating is based on a different metric. Although the work is more complex, it’s also more relaxed because I’m not in people’s homes but dealing with professional people and organisations instead. Commercial assessments can take longer to complete than a domestic survey as the buildings can be considerably bigger and require more measuring on site as well as collecting relevant details for the heating, cooling, ventilation systems and lighting systems (for which there can be several different types within the building) and to then allocate these to the respective rooms. There can also be a lot more post-survey research on a commercial building to ascertain building age and efficiencies for the plant and equipment. The survey data is then input into software that will calculate the EPC rating. We use DesignBuilder which is a graphical interface to the Simplified Building Energy Model (SBEM). It’s a good piece of software and it really helps to visualise the building on screen so you can quickly identify errors when comparing it to your survey photos. Having a set of floor plans of the building really helps with the survey, but where plans don’t exist I need to produce a set myself. I spend about half my time in the office or working from home in Blackburn, and half the time at a survey.”

What support do you receive from Murton & Co?

“I’m doing some assessments solo – checked by Jonny – and we also do some together. As I’ve gained experience, I have more autonomy, but Jonny is always available, either on a regular Teams meeting or whenever I have a question. If there’s anything I’m not sure of while I’m out on a job, I can share a live video on WhatsApp. The online training courses run by the various accreditation bodies are quite popular, but I’ve heard that people can find that there isn’t any support available to them afterwards. After all, two days isn’t a very long time to absorb all the information, and I think the courses need to be longer. However, as I was already working with Jonny, I could crystalise that knowledge and ask questions to relate the theory to practice. Trainees who start out on their own as freelance commercial assessors would probably struggle to get the same support. I think it would be really beneficial if every new starter was attached to a company like Murton & Co.”

What assessments have you conducted?

“My work with Murton & Co has taken me around the northwest, but I’ve also spent a week in the south, surveying medical centres, office blocks and warehouses. Before starting with Murton & Co, as well as conducting assessments, I’ve been able to see jobs through by working with contractors to implement recommendations, getting involved in retrofits, and doing some domestic EPCs too. I surveyed a block in Great Yarmouth which was being turned into residential apartments where we did a lot of work to make them warmer. That was really rewarding as you’re actually helping people.”

Why should someone retrain as a commercial energy assessor?

“Although I’m really having to concentrate when I’m working in a professional setting I haven’t struggled with the process of retraining – you’re never too old for a new challenge! It’s hard work but enjoyable and really rewarding. I also like travelling which is a good thing as we’re off to Kent and Essex soon to carry out several surveys. To do this job you also need to be good at maths and it helps if you enjoy meeting new people – which I do. To be honest, I didn’t used to care much about energy efficiency, but I take a lot more interest these days, and think about what I’m doing in my own home, particularly as energy costs are rocketing. Everyone’s taking the subject much more seriously these days and I’m now the go-to person among my friends to quiz about all things ‘green’!”

“We were really chuffed to get Mark on board and have an extra pair of hands to help with our increasing workload. We plan to take on more assessors to meet the demand for both domestic and commercial assessments – and would provide on-the-job support and training. We’d love to hear from anyone interested in taking up a similar role.”